Queen is dedicated to the women and girls, men and boys and the ancestors

Amazon Music: http://amzn.eu/d/5C0WEp8 And all other major online outlets. 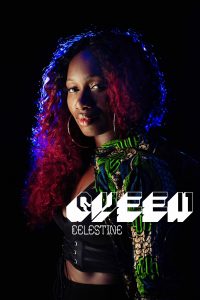 Well, I am very flattered to have been asked by The Bristol Jazz and Blues Festival organisers to deliver a very special workshop/masterclass for all those people who just love to sing!!! I’m really looking forward to it and for those of you who happen to be passing through one of the UK’s best music festivals this year, don’t forget to pass by The FolkHouse on Saturday 7th March 2015. Click the poster for more details, you will not be disappointed đź™‚

Available from the album ‘Ubuntu’

WHOOOHOOO!!!! – What a fantastic achievement! And I feel so privileged and proud to have been part of such as successful evening for such a worthy cause. Myself and the band were so well looked after, we didn’t want to leave! Here’s more about the eveningâ€¦…

Guests were treated to a night of Hollywood glamour at Clifton College with a themed dinner and drinks reception hosted by Suttons & Robertson and sponsored by Laurent Perrier and Goldbrick House.

Celestine, 30, from St Paulâ€™s in Bristol, wasÂ backed by The Princeâ€™s Trust in 2005Â and given a loan to independently launch her debut album Secret Side.

Celestine, who sang at the Red Dinner, says: â€śThe Princeâ€™s Trust has played an important role in my life.

“For a charity like that to believe in me is amazing.

“Someone could have said that I was not making a product, just creating music, and see this as a risk but the Princeâ€™s Trust just saw my potential.â€ť

The annual event, sponsored by Bond Dickinson and RBS, has raised more than ÂŁ212,000 in the last two years.

One in four young people are currently unemployed in Bristol,** and The Princeâ€™s Trust, which tackles youth unemployment in every region and country of the UK, worked with 800 disadvantaged young people in the area each year.

Three in four young people supported by The Princeâ€™s Trust move into work, education or training.

*The figures have been taken from the ONS, Annual Population Survey, June 2012 to July 2013.

Recording of the album is happening as I write this but in the meantimeâ€¦..

Check outÂ the 2 sneak peak trailers!Â A massive celebration taking part in front of your eyes, this explosive iridescent fusion of genres (Funk, Soul, Jazz, HipHop to name a few) blows the senses musically and visually beyond the realms of order.Â 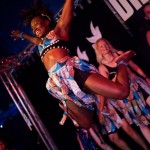 I’ve created a visually stimulating musical masterpiece of original compositions and choreography- mixed with Tradition, that offers a fresh perspective on the diverse cultures of the UK. Bringing Soul back to its roots; Join me for the journey!!! 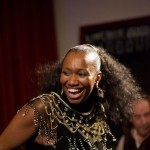 This is the party you always wanted to be apart of.

This is a Unique manifestation born out of my passion for Music and Traditional African Dance and Song. Think George Clinton and PFunk, meets Jill Scott and Angelique Kidjo! Boom! Xxxxx

Here it is my final performance on The Voice stage! What an experience it has beenâ€¦. My sincerest Thank You goes out to everyone who has taken the time to support and comment both positively and constructively, I am truly humbled by the support of family, friends, complete strangers and my hometown, Bristol!!!

Kylie Minogue, Tom Jones, Will -I – Am, Ricky Wilsonâ€¦ In this instance I wouldn’t trade places with you! Such hard decisions and so much talent on one stage.

SO from Kenny Thompson to Me. Thats the way the game goes, on Twitter anyway! The LAST word Kenny sings of his song becomes the FIRST word I sing of my song – we have just 24hrs to respond and pass it on (think of it as an extremely long and vocal relay race!) otherwise it gets deferred out of the team and we have to wait for it to return to its right place, with Team Tom.

So follow (via twitter celestineonline) and watch as â€¦.. race against the clock to fulfil the TOMINATION GAME!

I have to say the reaction to the last video has been amazing and i couldn’t be happier that its been so well received!

This video shows My closest girlfriends, who all happen to be professional performers in their own right, coming together, using the same space we use to congregate and share tears and laughter (kirby’s back garden!), to make this dream a reality. And boy did we!

I hope you enjoy this as much as I do đź™‚

Out of the pan and into the FIRE!! Thats what it felt like having to sing AGAINST another singer, definitely my least favourite experience of the whole ‘Voice’ experience. But i went out there with the best intentions of giving a great performance. I can only speak for myself but I was definitely disappointed with the chosen song but Me and my battle partner did what we could.

Sorry, no Tweets were found.